Last month we had a wonderful alumni gathering in Miami, Florida where a number of students who graduated in various decades reconnected with one another and reminisced about their time at boarding school in Switzerland. This event highlighted how our graduates originate from all over the globe and end up engaged in a wide variety of careers on every continent.

Day students at Brillantmont International School have also been a very important part of our history and the gender demographic of the school has shifted quite a bit over time. In this blog, a number of both boarding and day students share their experiences of life at the school during a time when gender and day/boarding dynamics were shifting.

Brillantmont International School was founded by the Frei family (the great-grand parents of the current owners)  as an all-girls finishing school in 1882. Still run and owned by the same family, programmes at the school have been constantly evolving ever since its early years in order to adjust to the times and the educational needs of its students. For instance, in the 1930s, Brillantmont opened a secondary school that followed the French curriculum. Another major change came in the late 1960s, eighty years after it was founded, when the new day school programme became co-educational. However, it was not until 1992 that the boarding programme followed suit and boys and girls alike began living on campus.

“I am now much more empathetic to the realities of various people, cultures, and counties. This in turn helps me navigate the international business community I now work with.”

As programmes evolved and grew over time, the diversity of the school population increased as well. Now Brillantmont has a nationality quota to ensure students from countries all over the world are represented. This multiculturalism results in students developing lasting friendships with other young people from cultures very different from their own. 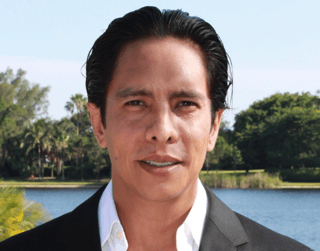 Alessandro, an American-Peruvian-Swiss alumnus who joined us in Miami noted that he still keeps in contact with friends he made at Swiss boarding school who hail from a wide range of places including the UK, Brazil, Germany, Thailand, Spain, Mexico, Switzerland and Japan. When asked how his Brillantmont experience shaped who he is today, he said, “I am now much more empathetic to the realities of various people, cultures, and counties. This in turn helps me navigate the international business community I now work with.” 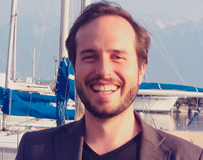 Julien, a day student who attended Brillantmont from 1992-96, gave us some additional insight on the years when the entire school became co-educational. “Because the school was small, it was very easy for everyone to get to know each other and to get along. It was particularly easy to make friends with both day and boarding students alike.” He went on to say that he made friends from all over the world because even the day student population was very international.

The friends that Julien made while as a day student also spanned all class levels. This was because at Brillantmont you did not take courses according to your class level, but instead according to your ability in the subject area. For instance, if you were good at French, you were placed into a senior French course. “This was great, because you had a good relationship with everyone, even the seniors. I am still in contact with quite a few of these students, some who stayed in Switzerland, and others who live abroad.”

Julien is particularly grateful for the relationship he built with Mrs. Strong, the English teacher and his college advisor while attending Brillantmont. At the time, she was already in her 80s but still living up to her name and going strong. “She was a phenomenal lady and insprirational English teacher. She introduced me to Shakespeare and was very motivating. In addition, she really cared for her students and encouraged us to apply to American universities where she had a lot of good contacts.” With her help, Julien was accepted into a number of colleges in the US and ended up attending Syracuse University in New York where he studied communications and advertising.

Madame Arnal, the French instructor at the time, was another excellent teacher who was very engaging and lively. From her, Julien learned a lot about French literature, writing, and classics. “Brillantmont is where I learnt to write properly in French and I did the French A Levels there along with Mathematics and History.”

While at Brillantmont, Julien spent a lot of time with a couple of close friends getting lost in the new world of the internet. This was the early 90s when the internet was just getting started. Although there was still no internet at the school, because he was a day student and his house had one of the first connections, Julien would bring friends home to explore the opportunities of the internet, early websites, and programming. “I wrote an article about the origins of the internet in the Brillantmont school newspaper, based on this early interest I had.”

In summarizing the benefits of boarding school in Switzerland Julien said: “Brillantmont taught me how to study and helped me to reach my potential at university. The A Levels were so challenging that university was actually pretty easy for me. The workload at college was normal for me. Brillantmont instilled in me more responsibility academically and grew my sense of independence.” 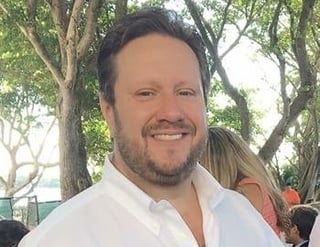 Similarly, Larry from the United States who attended Brillantmont from 1989-92, says that “I credit Brillantmont in shaping me into the man I am today.  Beyond the academics I became a more worldly person.  I have a deeper appreciation of different cultures and people from all around the world.  This is not trivial – it helps it business, diplomacy and creating lasting bonds with people of all different backgrounds. I look back on my years at BM with great fondness.” Larry shared with us the following photo of his car license plate that was customised to show the year he graduated from Brillantmont as well as our school initials! It is also the year his girlfriend Elaine graduated- now his wife! What a great homage to a memorable boarding school experience. 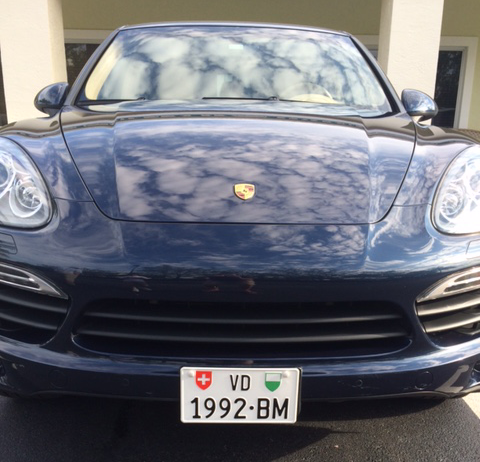 Thank you to all the alumni that share their memories of boarding school in Switzerland with us! We always look forward to hearing from you. Want to help organize an alumni event in your city or share your stories with us? Contact us!

Swiss Boarding School at Brillantmont - an Alumni Perspective Part I