Some of the Best Boarding School Field Trips of 2017

Boarding school field trips, excursions and other extra-curricular activities are always some of the most memorable times at boarding school, whether they are close to home or farther afield. This year at Brillantmont International School, students enjoyed many smaller trips around Switzerland as well as several trips abroad (Barcelona, Singapore, The Hague, Belgium, Andalucia), which included two incredible trips to Greece and Azores.

We sat down with the accompanying teachers  to  hear about some of the highlights of this year. Below you will also find some of the photos taken on the school trips.

The Azores is about a two-hour flight off the coast of Portugal in the Atlantic Ocean. It belongs to Portugal but is actually quite far out at sea. It is a group of nine islands. The Brillantmont field trip group was on the island of Sao Miguel, mostly around the capital of Ponta Delgada. There were twelve students on the trip, all around the age of 15/16.

“We wanted to design a trip that was a little more challenging than your regular school trip to see a city and famous sites. We wanted to do something a little more active,” says Ms Tonge, who along with Mrs Brown, accompanied the students. “The trip also had a geography focus so we went to see a volcano and visited some caves.”

“The highlight of the trip for me was getting to swim with dolphins,” she explains. “We went out on a boat into the sea and everyone was in wetsuits with snorkels on… The people in the boat had radio contact with the folks back on the island who would tell us where the dolphins were.” Everyone could see the dolphins swimming all around the boat and the students were able to jump into the water and swim with them!

The group also went whale watching in the morning. Ms Tonge told us that they saw both fin whales and sperm whales swimming near the boat. Students couldn’t swim with the whales, but watching them was a unique experience, especially for those students who had never seen something like that before.

The students enjoyed the trip, despite the weather not always being in their favour. “We didn’t get to see some of the spectacular views that you see on the postcards because there was a lot of fog... but the students liked that it was a different kind of trip, more active, not just going to museums or going shopping.”

Science and Maths Learning in Greece

At the end of May Brillantmont took a group of 11th and 12th Grade students on a field trip to Greece. They went to Delphi, Athens, and the island of Mykonos. Teacher, Mr Kennedy, who was accompanied by Ms Harold, says, “It was a fantastic trip that the students really enjoyed. The students learned quite a bit about Greek culture, which is a different aspect of European life, as well as science and math that was integrated into the trip throughout."

A treasure hunt with a series of tasks took them from place to place. The first stop was Delphi, in the beautiful mountains. Mr Kennedy says, “we saw wildlife, visited an archeological site, and had a guided tour. The students learned about how the place was described as the navel of the earth and how important it was in the ancient world and in the mythology of the Greeks.”

Next, the group left the mountains and went down into the city of Athens. “We went to the super busy and world famous acropolis. There we found the famous golden rectangles of Greek architecture and we managed to recreate photos we had found in the 1977 Brillantmont yearbook of another group of students that had visited this area.”

The final leg of the trip was spent in Mykonos, which is only a twenty-minute flight from Athens. “Mykonos was a lot slower paced and relaxed in comparison to Athens, which was quite busy.” Students saw what it is like on a Greek island and they got carried away taking many photos to share with friends and family back home. They even had a Greek dancing and cooking lesson. “We also took a small boat trip to another island and got to see another archeological site,” he added. 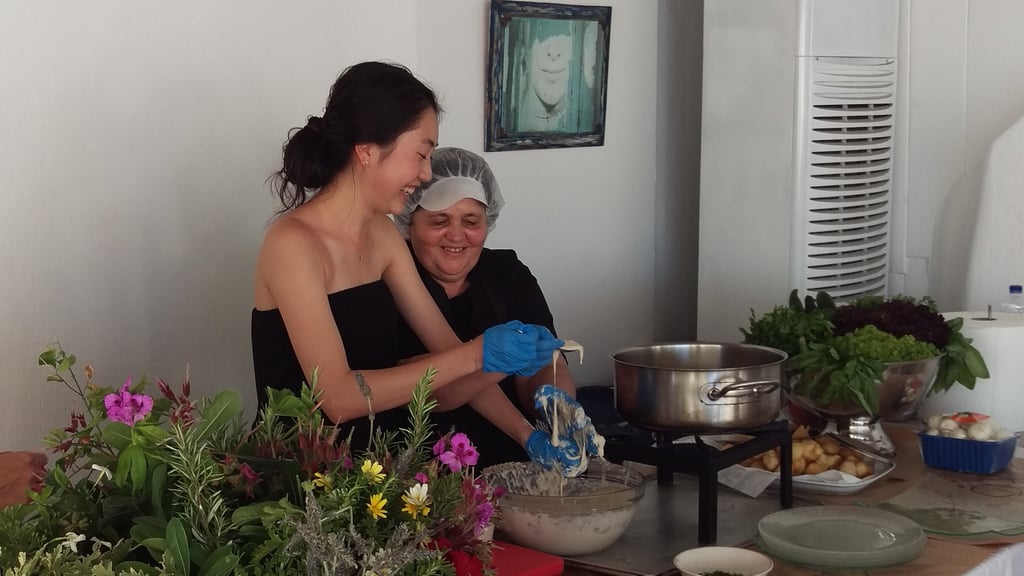 One of the highlights from Mykonos for the students was a competition that the leaders put together where the students had to find and identify, with the scientific name, as many animals as they could. Students were put into teams and the competition was quite fierce!

These are just a few highlights of this year’s extra-curricular boarding school field trips. To find out more about what Brillantmont has to offer, check out our website.

5 Reasons to Attend Summer Boarding School in Switzerland this Year

Summer School 2017: What Adventures are Waiting for your Child?

Going to a Swiss Summer School in Multicultural Lausanne

Benefits of Summer School for International Students Going to College

My Adventures at a Swiss Summer School